The history of SARMs from the beginning

The story begins in 1935. Ernst Laqueur, a Polish physician and pharmacologist, isolated the sex hormone Testosterone from the bull’s testicles (10 years earlier he discovered estrogen and was also the first man to produce insulin for medical use). 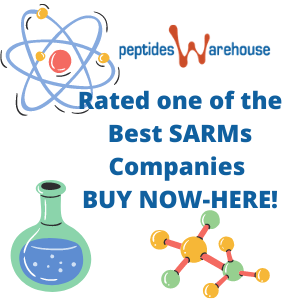 Shortly after, Adolf Butenandt and Leopold Ruzicka succeeded in synthesizing testosterone in World War II thanks to Nazi political pharmaceuticals.

The hormone was used in soldiers and later athletes to improve performance. At the same time, medicine began to make great use of Testosterone in patients with serious weight loss, loss of muscle mass, diseases such as AIDS, hormonal problems, etc …

Over the years, great side effects have been reported with the use of anabolic steroids, as well as growth retardation in adolescents, high blood pressure, liver damage, kidney damage, heart problems, gynecomastia, baldness, sexual problems, and many more.

Testosterone and dihydrotestosterone were understood to use the pathway through the androgen receptor creating large anabolic impact and other secondary impacts. The enormous problem is that there are a multitude of androgen receptors in different tissues and systems as well as the cardiovascular one; the musculoskeletal; the reproductive; among many others. Thus causing serious side effects in the patient sometimes irreversibly creating diseases and tumors normally in the liver and prostate.

How Effective are SARMs?

This lack of accuracy is what led the scientific community to seek another way to help their patients with cachexia due to cancer and/or muscle loss in diseases such as Duchenne’s. They began to investigate other types of chemicals that could affect the target where they wanted to hit, which meant that they had to selectively modulate the androgen receptor, thus interfering only with it without affecting other tissues like shrapnel.

The first discovery was the SERM (Selective Estrogen Receptor Modulator), where the specific activation of the target tissue receptors was very successfully achieved.

A few years later the discovery of SARMs came into play, forever changing the rules of the game. Being only the beginning of a long stage of great discoveries, medical advances, and at the same time enormous failures in the laboratory with some chemists.

SARMs have been in development for more than 30 years, creating chemicals that affect only bone and/or muscle growth, without affecting the prostate even at very high doses. In addition, being a non-steroidal was a great advance for the female group, since previously steroid treatments inflicted serious problems on them creating unwanted virilizing effects.

SARMs began to take center stage in patients with osteoporosis, sarcopenia, cancer cachexia, among others. The muscle mass of a patient is of utmost importance since it has been shown in numerous studies that a very high loss of muscle mass significantly increases morbidity and mortality ( 1 ). By maintaining adequate muscle mass, the patient was more likely to survive ( 2 ).

At the same time, they also began to be used in patients with Duchenne disease (DMD). On the Duchenne Spain website, they explain that it is the most common muscle disease diagnosed in childhood, affecting 1 in every 5,000 children in which a large part of them end up irremediably in a wheelchair.